Easter Off As Rovers Lose 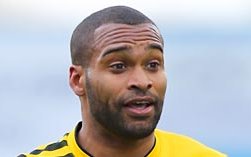 Bristol Rovers suffered there first defeat in seven games as they went down a goal to nil at Bramall Lane.

Darrell Clarke handed a debut to Chelsea loan signing Jake Clarke-Salter in a back three. Ollie Clarke had Rovers best effort in the first half but his 20 yard drive went just wide in what was a fairly even first half and Chris Lines also had a free kick well saved.

Kelle Roos saved well with his legs from Sheffield United striker Billy Sharp. In the second half Jermaine Easter fired wide after being put through by Ellis Harrison.

Sheffield United took the lead on 65 minutes when Chapman headed home on 65 minutes. Things got worse for Rovers from the restart when Jermaine Easter saw red for his challenge on Jack O’Connell.

Rovers slipped to 10th in League One and next face another tough trip away to 4th placed Northampton Town.