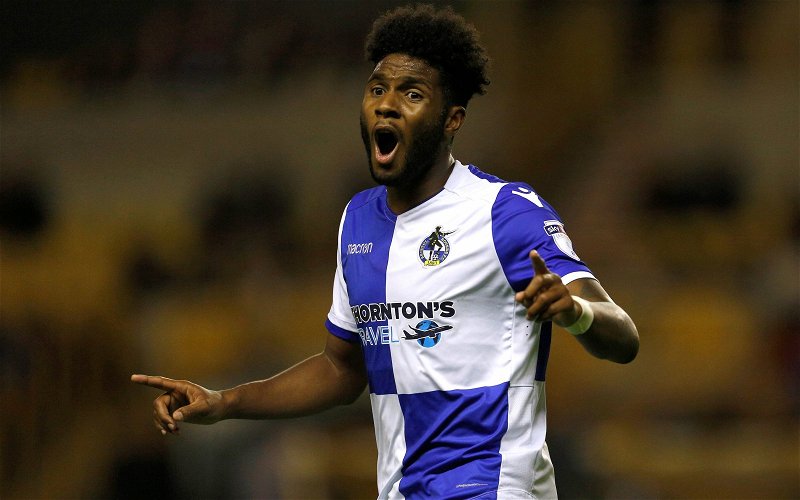 Striker Ellis Harrison has agreed on a move to Championship side Ipswich Town.

The 24-year-old has spent all his career at Bristol Rovers apart from a short spell on loan at Hartlepool back in January 2016 where he made just two appearances in three months. Blackburn Rovers were also believed to be interested Harrison as reported by The Bristol Post , but Ipswich Town are the ones who have won the race as confirmed by Darrell Clarke at today’s Open Day at The Memorial Stadium.

Harrison has made over 200 appearances for Rovers and has scored 49 times for the club with his best season with the Gas coming last year. He was transfer listed by Darrell Clarke when he first took charge at Rovers with Clarke saying Ellis had a lot to learn. He scored 14 times last season his highest total in a season, he also hit 14 when Rovers won promotion from the Conference, but this season was obviously against better opposition.

Gasheads opinion on Harrison was split, but there will be a large amount of Gasheads who will be sad to see the Welshman leave. Clarke now has just two weeks to find a replacement for Ellis and is still on the look out for another striker and a left back.