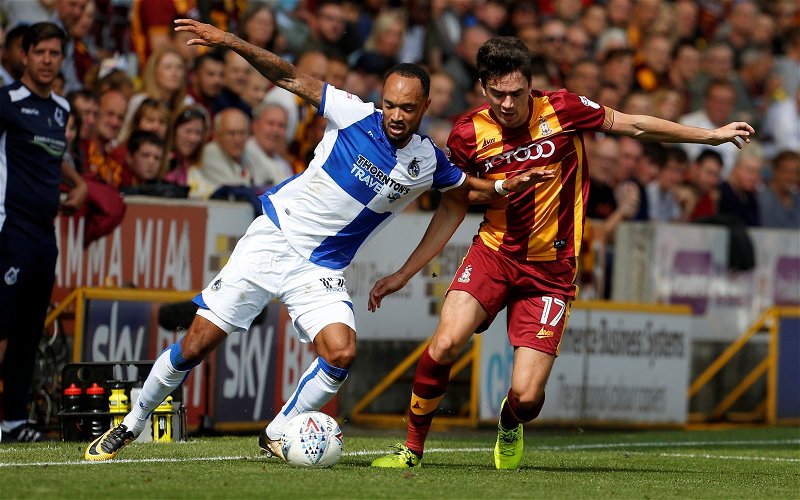 Former winger Byron Moore who was released by Bristol Rovers at the end of the season has agreed to join League Two side Bury.

The 29-year-old was with Rovers for two seasons after signing from Port Vale in the summer of 2016. During his time at Rovers he has struggled to hold down a regular starting role, but towards the end of his last season at Rovers, he looked as if was starting to find form with some eye-catching displays.

The former Crewe man started 26 games for Rovers in his two seasons with the club and made a further 28 appearances from the bench.  Moore scored his first goal with a late equaliser to earn a 1–1 draw away to Bolton Wanderers. He scored his second goal for the club after just 11 seconds in a 1–0 away win at AFC Wimbledon – the fastest ever goal in Bristol Rovers’ league history.

Bury Manager Ryan Lowe is a former teammate of Byron Moore, who played together during the 2007-2008 season.