Rovers Up To 5th After Win 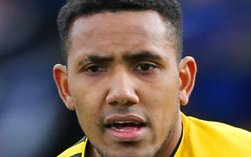 Bristol Rovers once again had to come from behind to secure the win.

Darrell Clarke started with a 4-4-2 formation with wingers Montano and Moore both starting. Rovers got off to a terrible start going 1-0 down after just 4 minutes, Jake Salter-Clarke headed the ball away but was it was picked up by Ashley Hunter who fired home. Rovers Dominated the game after that. Matty Taylor went close on several occasions but was unable to draw Rovers level in the first half. Roos did have to be alert to stop Fleetwood scoring a second from Hunt and Long.

Rovers started the second half pushing to break the dead lock and did so when Matty Taylor headed home Daniel Leadbitter pin point cross. Leadbitter was again the supplier just 12 minutes later another bursting run saw him find Montano who did well to find space and fire home.

Rovers move back into the play off places and now sit 5th in League One. A break from the league on Saturday when they take on Crawley Town in the First Round of the F.A Cup.