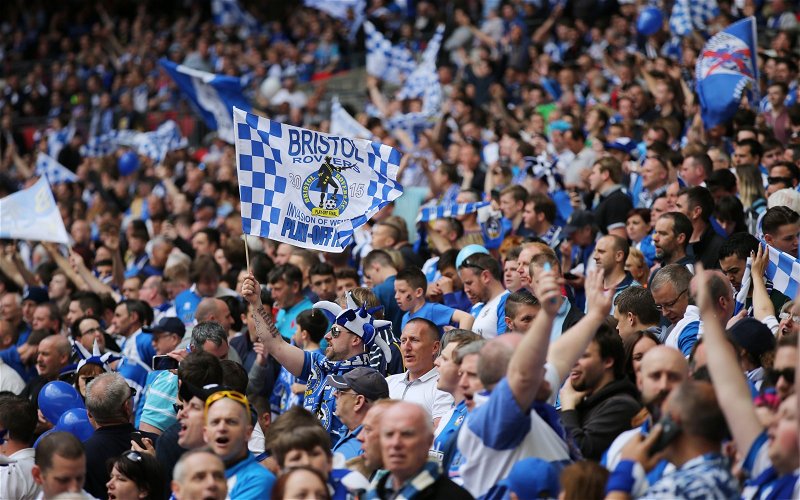 The left-back who was a popular figure at The Memorial Stadium announced towards the end of the season he would be leaving the club after seven years. The 27-year-old made 319 appearances for Bristol Rovers and scored 22 goals including the all-important 92nd minute against Dagenham And Redbridge which sealed promotion to the League One . Brown also played a massive part in helping Rovers bounce back at the first attempt after being relegated out of the Football League, what a day that was.

After signing from Queens Park Rangers in 2011 he quickly became a fan favourite and was the first choice left back at Rovers from almost all of his time at The Gas.

Speaking to The Official Portsmouth website Brown spoke of the tough decision to leave Rovers “It was a massive decision and it took a couple of months to make. I’d been at Bristol Rovers seven years, had good friends, liked the manager and was comfortable.”

“My time there was enjoyable, but it’s come to an end now and I’ve got to look forward rather than back.”

With Brown moving to Portsmouth it means Gasheads will get to see Brown back at The Memorial Stadium next season, he is sure to get a heroes welcome.